As my followers know, I have just closed out my Memories or my auto-biography with memory chapter fifty but I still have the urge, (and the time), to continue writing. I am going to write about people or characters I have known or have been associated with who struck me as being different or out of the ordinary.  I don’t mean weird but I do mean that they made an impression on me enough to want to share their characteristics or their story with others. END_OF_DOCUMENT_TOKEN_TO_BE_REPLACED

And then there was Joe Moyer.

I first met Joe Moyer in 1964 when we both started working for American Cryogenics, a new company created by Standard Oil of New Jersey, (later Exxon), by combining several regional oxygen and industrial gas companies into an Atlanta-based conglomerate. Standard Oil also wanted to have a cryogenics capability to exploit the international market for liquid natural gas, LNG that they believed (30 years prematurely) was coming.  SONJ had attracted people with a cryogenics background from all over the country who, together with the employees of the acquired companies, comprised the Atlanta staff. END_OF_DOCUMENT_TOKEN_TO_BE_REPLACED

And then there was Lord Allerton.

George William Allies Allerton entered the House of Lords in 1925 and was a Conservative member until his death in 1991.   I have written in my auto-biographical Memories in this same blog of my relationship with Dr. Jack Hunt.  I started in 1941 as his regular week-end caddy at Peterborough-Milton Golf Club not far from where I lived and as I aged I graduated from caddy to chauffer-caddy and ultimately to chauffer-golf companion.  I was a junior member of Luffenham Heath Golf Club in Rutland county not far from Liecester and I played on Sundays with Dr. Hunt, Lord Allerton and one of two doctors from the near-by Luffenham RAF fighter air base. END_OF_DOCUMENT_TOKEN_TO_BE_REPLACED

And then there was Don Emig.

In January 1958, when Doris and I moved with four year old Nigel and two year old Nick from Montreal to Rowayton, CT so that I could commute to New York, we joined the United Church of Rowayton.  There we first met the pastor, Donald W. Emig.  The church met at the old school house on a small hill by the last mile of the Five Mile River on its way to the Long Island Sound. END_OF_DOCUMENT_TOKEN_TO_BE_REPLACED

And then there was Geoff Haselden.

My undergraduate life started in 1944 in the Chemical Engineering Department of Imperial College in London. I should have graduated with a B. Sc. in 1948 as the top 50% of my class did but I was in the bottom 50% and we lost our deferment from the military draft as soon as the war ended in May 1945.  We were very promptly drafted to make room for the influx of returning soldiers, sailors and airmen who all had the British equivalent of the G.I. Bill, giving them money for four years of college.  END_OF_DOCUMENT_TOKEN_TO_BE_REPLACED 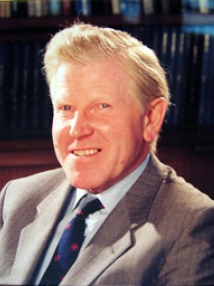 And then there was Roger Sargent.

Roger William Herbert Sargent and I met on September 16th, 1944 in one of the first classes of Imperial College’s new Department of Chemical Engineering.  In the break, we were both given a list of homes that had advertised that they were willing to board students. Roger and I accompanied by Ted Jeffers all took off to find “digs” for the next four years of our Bachelor of Engineering degrees. END_OF_DOCUMENT_TOKEN_TO_BE_REPLACED 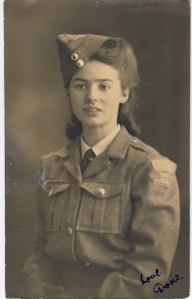 And then there was Doris Dewing.

On September 1st, 1939, Two days before war was declared, eleven year old Doris Dewing and her eight year old brother, Arthur got on a train leaving London for an unknown destination. They each had a label with their name attached to them and they each carried a single bag and their gas-mask.  Their parents joined a throng at the station with questions but got no answers.  ( There is a book written about this mass evacuation of children from the city to safe-guard them from the imminent bombing.  It is called, “No Time to Say Goodbye”).  END_OF_DOCUMENT_TOKEN_TO_BE_REPLACED

And then there was Bob Vesco

In 1963, when I was President of the Two-by Two Club of the United Church of Rowayton, CT the club secretary was Pat Vesco and, because she didn’t have a baby sitter for her four children, the committee met at Pat’s house. That is when I first met Bob Vesco.  He seemed a pleasant sort of chap, if seemingly thinking of other matters.  I next met bob when I found myself sitting next to him as we rode the New Haven Line to Grand Central Station.  This time, he was quite chatty, cross examining me about my job.  He said he was a salesman for extruded aluminum and I ater found that he worked for Olin Matheson in New York   He told me he was only making $12,500 a year and he could not live on that.  At the time, I was making $13,500 and that was the last time I made more than Vesco.

END_OF_DOCUMENT_TOKEN_TO_BE_REPLACED 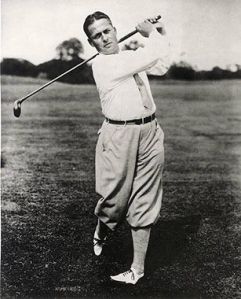 And then there was Bobby Jones.

We lived in Atlanta from 1965 t0 1973 and we were members of the Druid Hills Golf Club. I played on Saturdays and Sundays and our kids enjoyed the swimming pool in which they all three competed.  Doris played in a nine-hole ladies group and we played tennis there.  Nigel’s firsts wedding reception was there.  I occasionally got to play on a week day and we had frequent tournaments.  I was a 10 handicap the entire time we belonged there.  I could not get better but I did not get worse.  My score was always 81, 82 or 83 with occasional rounds of 79 or 80.  I had lots of 39s for nine holes but seldom got two of them back to back. END_OF_DOCUMENT_TOKEN_TO_BE_REPLACED

And then there was Jack Burke and Jimmy Demaret.

In 1980, we moved from Jacksonville, FL to Houston and when looking for a house somewhere near a golf course, it did not take me long to find the Champions Golf Club with its two courses, a fine club-house and the best men’s locker-room I have ever been in. I fairly quickly, found a nice house and pool literally surrounded by golf holes of the Jack Rabbit Course and only a five minute drive to the club-house.  END_OF_DOCUMENT_TOKEN_TO_BE_REPLACED