I was born in a small 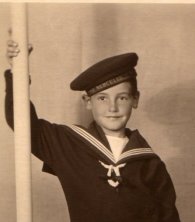 village called Ailsworth in Cambridgeshire, about 100 miles north of London. In 1937 I was able to get a scholarship (the first in our village) to go to a secondary school in Peterborough, five miles away. In 1944, I also got a scholarship to go to Imperial College, London University for a four year Chemical Engineering degree. This was the last of six years of WWII and the bombing of London was about finished, but we were receiving daily V-1s and V-2s which kept things interesting. 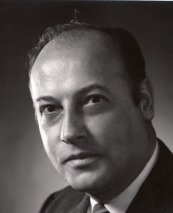 When the war ended in 1945, my draft deferment ended and I was called into the Royal Army Ordnance Corps for two years. I became a second lieutenant and spent almost a year in the garrison of Gibraltar. When I was demobilized I was awarded a FETA  which is the British equivalent of the GI Bill. It gave me four years of funds for college and I only needed two years for my B.Sc. so I stayed on and did research in the Low Temperature Lab (now called Cryogenics).

In 1954 I got my Ph. D. and emigrated to Montreal, Canada with my wife Doris and our 12 week old son, Nigel. After four years there working for L’Air Liquide, a French industrial gas separation company, and the birth of our second son, Nicholas, we moved to our first house in Rowayton, CT and my job with the same company in New York. Our daughter Melanie, our first American, was born there.  We later lived in Atlanta, GA, Jacksonville, FL, and Houston, TX where I retired. I worked for five companies and was president of three of them. I have been retired in Houston  for 23 years. We are all now naturalized citizens of the USA.

I played golf for 70 years (age 14-84) and was an avid boomerang thrower member of the US Boomerang Association for many years. I also painted (oils) in the sixties and again in 2000-2008.

I was born in England and am therefore a “Briton.” We get called Brits (which is the correct single t spelling). We also get called “limeys” because the Royal navy (not the British navy) in the days of no refrigeration, existed on salted meats which caused scurvy, a nasty skin disease. To combat this, the sailors all sucked on limes and lemons they found at their many ports of call. (The Australians call us “pommies” because our red rosy faces reminded them of pomegranates.)

I have also lived in Texas for 35 years so I claim to also be a Texan. Hence my Blog name, “Texas Limey.”