When we reported to Chevron about our findings in Japan, they told us that they would pay us for the air compressor we had supplied but were cancelling our nitrogen generation contract. This did not affect the nitrogen compression agreement that they were happy with.  They planned to negotiate with Kobe Steel or Mitsui Corporation to pay for the items of the air separation plant that they were keeping.  They further told us that the Linde Company was going to re-configure the plant and they would then be in charge of its operation.  When  this was relayed to Kobe they took some time to consider it all and then, with no admission of failure or apology, told POI that they would refund the total of the payments we had made and would hold us harmless for cancelling our agreement. We and Chevron were both happy to end the sorry affair.  We were later told by Mitsui that Kobe was no longer soliciting contracts for cryogenic gas separation units.

Once the ordeal of the nitrogen plant was over I was able to start a broader management of our other operations. Paul Pigue, the president had not been able to resign as he wanted to because his two co-founding partners had left to form a competing company almost coincidental with me joining the company.  This had prevented me from becoming the president and I was still operating as Executive VP at my hiring salary and I was quite content.

The only problem I was facing was Paul’s reluctance to let me make changes that I perceived to be necessary.  He had started the company and had personally hired all the employees who had helped him grow it to be a successful expanding business.  I could understand that he did not want me to demote or fire anyone although I had discovered a lot of people taking advantage of his lax management style.

Simple things like everyone flying first class whenever they travelled to our widening operations was a good example that had been ignored.  I found that  some operation super-intendants were getting kick-backs on items they ordered and I found more than one of them buying personal items on the company account.  One particular area

manager was operating a compressor parts business with his wife doing the deliveries in a company vehicle.  The same man had bought a lawn mower “for the plant” and the plant was in a highly sulfurous area where not a single blade of grass ever had a chance of growing.  Gradually, one by one, I was allowed to make changes but it was a slow and difficult process.

I set up a better monitoring process for our Sacroc pipeline and for the two Progas plants and tied it in to the monthly billing procedure that was previously very slow, often late and not well documented for the customer. We were in a business in which reliability was demanded and I set up a more responsive monitoring system to measure the 24 hour on-line performance of all the individual compression units as well as our larger pipeline and gas generation plants.  I tried to tie this to an operator incentive plan but could only make it work fairly in some locations.  I had developed an improved incentive plan for the sales force and it was quite dramatically successful in some cases.

These things all took a lot of time and when I tried to make changes I repeatedly got the “but we’ve always done it this way” response.  I went through the slow and laborious process of creating change as it was first rejected, then gradually tolerated and eventually embraced.  Changing the “status quo” is always a management hurdle and I had a lot of it to deal with, some of which took months rather than immediately as I wanted.  I will not account for my time doing this in more, rather boring detail but it consumed a lot of the time I worked at POI in the early years.

During this time, Rahl George , Executive VP of Unicapital, our principal shareholder made visits to Houston on behalf of their president, Carl Knobloch.  In my previous position as president of Adcom Wire, I had reported directly to Rahl.  Unicapital had sold off their interests in the other subsidiary companies, Adcom Wire, the First National Bank of Cape Canaveral and Rhodes Furniture, leaving Production Operators Inc. as their sole company.  I occasionally went to Atlanta to update Carl on our operating successes. 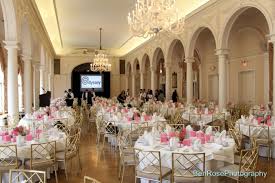 On one of these trips I was told to take Doris with me and for us to be guests at Carl’s second daughter’s black tie evening wedding that took place in the Piedmont Driving Club.  (Tom Wolfe, in his, “A Man in Full” referred to this club as, “the very sanctum, the very citadel of White Establishment Atlanta.”  It was founded in 1887 as the Gentlemen’s Driving Club for gentlemen to drive their coach and horses on the club grounds. In 1904, the grounds were deeded to the city as Piedmont Park.)

In the summer of 1983, Dick Carrington and his wife Mary came to visit us in Houston as part of their first trip to the States.  Dick was my sole remaining contact from my two years in the army and we had been together from Primary Training Camp through to our passing-out parade in Aldershot as brand new 2nd lieutenants.  Dick had initially been drafted to work in the coal mines but was able to transfer to the army.  He had lots of stories to tell about working in the mines.  They were amazed at the Houston weather but Dick had to keep protected from the sun but we were able to enjoy our pool together.  We took them to see the NASA exhibition and had lunch on the docks in Kemah. 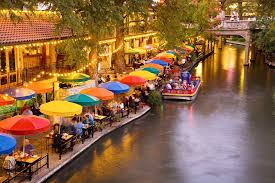 the Hyatt right on the River Walk and spent the whole day on the Walk or near-by at the Alamo.  At lunch, Dick was waiting to eat while we all tucked in to the food we ordered.  When we asked what was wrong, he said he was waiting for his chicken.  We noticed that he had a plate of mushrooms and found that he had ordered chicken fried mushrooms, thinking it would be a combination.

We also decided to drive them to New Orleans for one night and stayed at the Monteleone right on Bourbon Street.  In the afternoon, as we approached our hotel, cops came roaring down the pedestrian-only road, rushed in a nearby bar and dragged out a man.  They threw him across the hood of their police car and handcuffed him.  They had all drawn their guns and they pushed the man in the back of their car and drove away. Mary, Doris and I had all backed away when we saw the guns and were cowering in a shop front doorway, yelling to Dick who stood in front of the crowd next to the police car.  When it was over he said, “How often do they do that?”, thinking that it was a demonstration for the tourists.  He could not believe how roughly they had handled the bad guy.

We had dinner at Antoines and Breakfast at 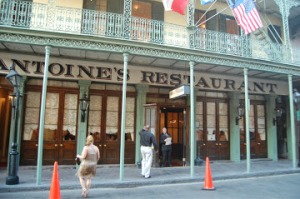 Brennans the next day and drove home with four sleepy people including the driver.  For their second week, Dick and Mary flew to Orlando to stay with relatives near Disney World so they saw quite a bit of the southern states for their first visit.

Getting back to work was a little difficult after the high living for a week but that’s another memory for another day.

One thought on “Memory Forty One”