After a really nice two week trip to England to see my old home, college, friends and relatives as well as a tour of southern towns on the way to Lands End, Cornwall, we found ourselves very quickly back in our Jacksonville routine. Things had gone along well at Adcom Wire without its President and it soon became business as usual. The short time we had spent in England confirmed our beginning doubt that we would ever return to live there and we spent two evenings filling out our pertinent details on the application forms for American citizenship that we had obtained several weeks before the trip. Doris had always said that she would decide about doing it after she had lived as long in the USA as she had in England. She left the UK at the age of 26 and she had lived in North America for almost 23 years so she came close to doing it. We had to list all the places we had lived as adults and it did not take long for people in England to write to us asking why the CID, (England’s FBI), were asking questions about us and what we had been up to. It is nice to know how careful America is about who may cross its borders but it is amazing today how millions of foreigners enter legally and illegally with little or no investigation. We not only completed several pages of the forms but we had to go to the police station and get fingerprinted.

Tom Ingram, Adcom’s VP Finance had taken over the purchasing of steel rods and with his help, I started to get more involved in this important aspect of our production. We had only used European suppliers because there were no US steel mills in the southern states, but US Steel Corporation had been trying to sell steel to us and were prepared to make concessions on the shipping cost. Likewise, we had offers from Kobe Steel in Japan.

I also found that our wire drawers liked the quality of British Steel so I started experimenting with the overall supplier mix. I found that it was hard to rely on arrival dates given by British Steel because of strikes in their plants, rails and dock facilities and although Japan prices were lowest, their product quality was not consistently good.

We became a member of the American Wire Producers Association and I attended several of their meetings where I met other southern state wire producers that operated in much the same manner as we did. We and five other companies were invited to a three day meeting with the association of European steel suppliers in Paris where about eight companies would discuss all the aspects of supplying the US market and make individual presentations. When I checked to see if I could attend, Rahl George agreed and got further approval for he and me to go and take our wives with

us. This was a great opportunity and we attended morning meetings each of the three days while our wives explored Paris on their own, had three very French lunches at the best restaurants and ending with an alcoholic dinner at the famous Maxims.

In the afternoons, Rahl and I found it hard to become tourists with our wives after being entertained so well but Doris and I were able to show he and his wife the sights of Paris we had visited and enjoyed in the fifties. We benefited from sharing this experience with the other invited wire representatives from the southern states. Prior to me joining Adcom, Unicapital had been disappointed with its performance and I felt that this trip to Paris was a reward for me helping to turn things around.

About mid-1977, I was told that there had been inquiries by a company called Leggett

and Platt about the possibility of acquiring Adcom Wire Company and asking me to respond freely to all questions they may ask. I found that this was a very large company head-quartered in Carthage, Missouri that made the internal wire skeletons for all but one US mattress manufacturer as well as the wire assemblies for automobile, truck and bus seating.

They had a close relationship with Armco Steel that provided them with hot rolled steel rod for wire drawing. They were interested in expanding into a line of other wire items and to increase their geographical capability to provide a source of wire and wire products to other customers and industries. It was not long before I got a call from Frank Ford, the Executive VP of Leggett and Platt saying he would like to visit our facility for three days with their wire plant manager and also go with me for one day to our other wire plant in Nicholasville, Kentucky.

When this happened, I found Mr. Ford to be very easy to talk to and his wire plant manager to be very experienced in the wire industry and learned that he had been with the company for many years. They literally inspected every piece of equipment as well as our sales procedures, the workings of the office and our finances and at dinner at the River Club on the third night with my boss, Rahl George, Frank Ford said that, irrespective of his visit to Nicholasville, he already knew they wanted to put together an offer to buy the company and its assets. They said that we had capabilities for annealing and galvanizing that would give them a broader range of products for their existing manufacturers and allow them to generate a new clientele of customers. Ford confided that this would be the first acquisition in an extended and ambitious plan to broaden their customer base in the US and to get them into overseas markets. They felt that they literally dominated the US bedding and spring market but knew there were volumes of business in many other fields that could be served by their production, sales and marketing experience. 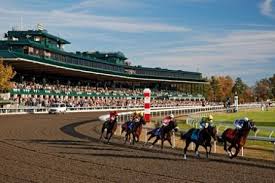 The next week, I met Frank Ford at the Louisville, KY airport and took him for a tour of our Nicholasville wire plant as well as letting him meet the sales representative who handled our biggest customer from that plant, General Electric. He was just as impressed with the facility as with the Jacksonville plant. Our salesman took us, the next afternoon, to the thorough-bred race track at Keeneland where we watched about three races from the Members Club facility and then had to leave for our flights home.

For quite a while after this, I waited with bated breath to find out what was happening. The negotiations were between Leggett and Platt and Carl Knobloch, the Chairman of Unicapital Corporation in Atlanta and Rahl George in Jacksonville. Frank Ford had privately assured me that their offer would stipulate that I stay with the company for a minimum of one year and would outline the terms of my employment. This had allowed me to relax a little but it was still a time of nervous excitement. While waiting to see what was going to happen, I continued my routine but many employees were asking me about the strangers looking around our plant.

About five weeks after Frank Ford’s visit, Rahl George told me the deal had been consummated and Unicapital had made a lot of money on their four year ownership of Adcom Wire. We had been assured that the new owners planned to leave everything alone including the company name although they did contemplate a future expansion of our storage and shipping department and to add a galvanized fencing line and building sometime in the future. I was to report to Frank Ford and attend the quarterly review meetings in Carthage. They provided us with a liaison manager to help assimilate our procedures into the parent company system. In a way, I felt relieved of a lot of my responsibilities but I was expected to attend the regular meetings in Carthage and was also told I would be invited to join their Steel Committee whatever that was. Finding out is another memory for another day.

One thought on “Memory Thirty Two”