I am posting a copy of a letter to TCM  that I wrote some time ago because I thought you might  find interesting.

Usually, before you show a movie your host tells anecdotes about the actors, the film-making or other interesting details about the film. As a transplanted Limey, I have noticed some features of this film that are both interesting and humorous. 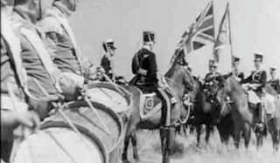 When Errol Flynn is giving a pep talk to the troops of the Light Brigade in the valley below the Balaclava Heights, the British Union Jack flag is upside down. When the same troops are lined up in the valley to start the famous charge, the flag has magically been changed to the correct upright position.

As they begin to advance in “line abrea 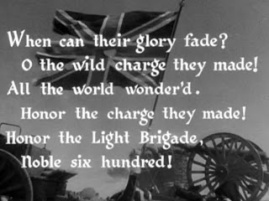 st” formation, it is still upright but as they accelerate it becomes upside down. During the charge, the flag bearer’s      horse is shot and the bearer and the upside-down flag fall to the ground. Another heroic trooper bends down and retrieves the flag which has somehow been restored to the upright position. At the end of the charge it remains upside down. (An upside down flag means a sign of distress which may have been accurate at that time.)

When flown properly, the broad part of the white diagonal cross at the pole end of the flag should be on top of the thinner red diagonal. I thought you might find this of value for your host’s introduction the next time you show that great movie.

NOTE  The flag in the photo at top right is upside down. 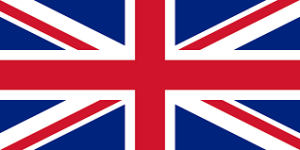